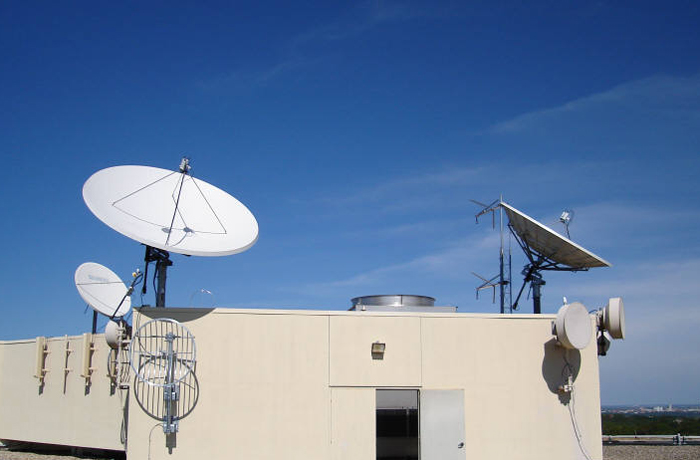 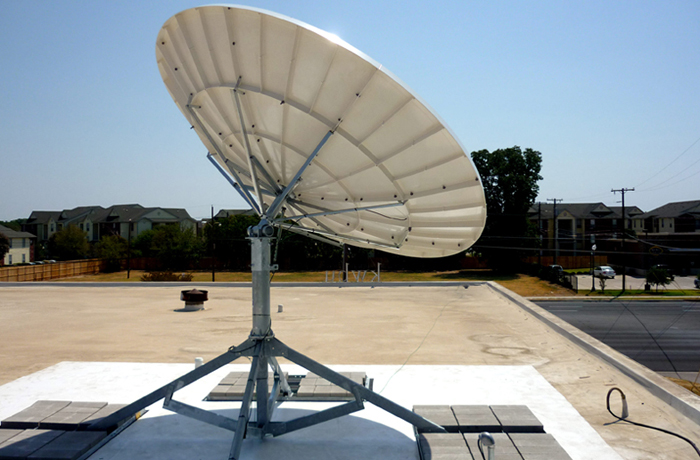 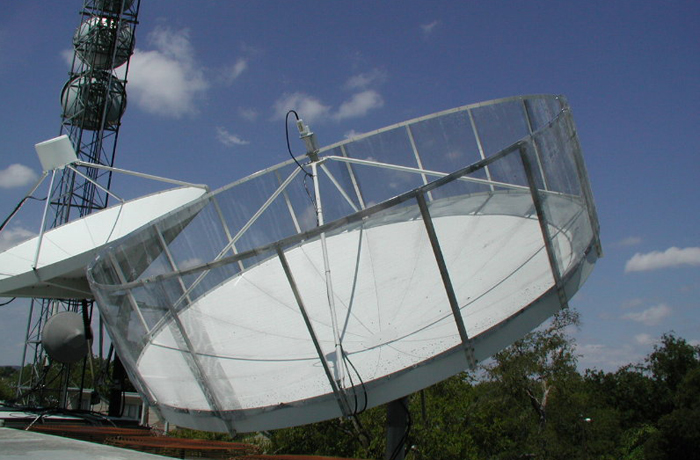 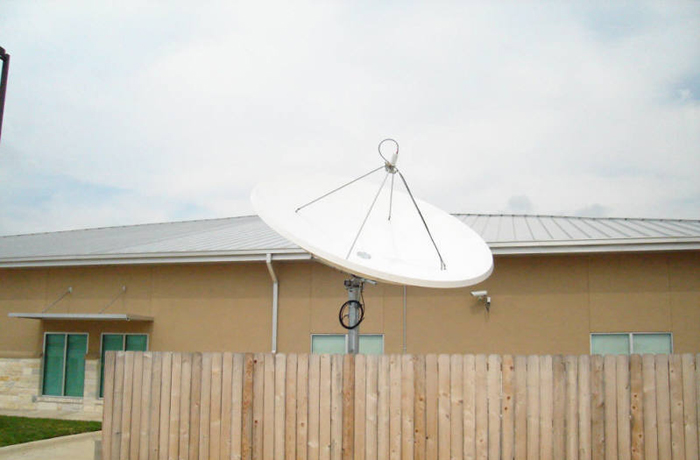 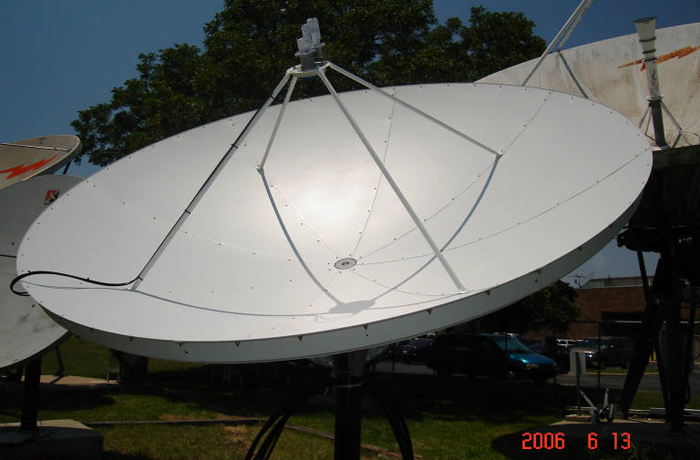 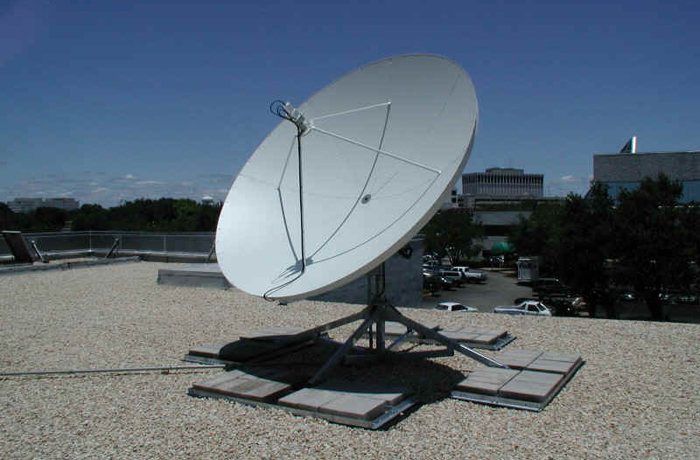 Looking through this website you may notice an awful lot of 12 foot dishes.  I am often asked what is so special about that size.  Many people are familiar with the millions of little dishes installed on homes these days.  They are only a couple of feet wide and do a great job.  Why do broadcasters and cable companies need such big ones?  The answer boils down to two things, rain fade and beamwidth. Rain fade refers to signal strength reduction caused by rain.  Beamwidth refers to how big a spot in the sky the dish focuses on.  Think of a big spotlight in reverse.

A home satellite dish receives RF signals in the Ku (12,000 Mhz) and Ka(18,000 Mhz) frequency bands.  For reference, your FM radio receives signals at about 100 Mhz.  Your TV, if still connected to an antenna, receives signals that top out at about 700 Mhz.  The thing about RF signals is that at low frequencies they can get through walls and are scarcely affected at all by rain.  At Ku band a decent rain storm will weaken a signal a lot, as you home dish owners can attest!  A cable company or broadcaster servicing thousands or even millions of viewers can not afford to lose their signal like that so they rely on satellites that transmit at C-band.  These signals are at about 4000 Mhz., and while they can't get through walls, or even trees for that matter, they are great at penetrating even the heaviest thunderstorms.

A satellite dish has two basic functions.  It amplifies a signal by collecting that signal over its surface area and focusing it onto the receive element at its focal point.  The larger the dish is, the more "gain" or amplification it has.  Back in the 1970's a 30 ft. dish was needed to have enough gain.   As the satellites in orbit have become more powerful, a dish as small as 6 feet across has enough gain to work these days, that is, if gain were all that mattered.  The second function of the dish is to focus on one tiny part of the sky and exclude signals from everywhere else.  There are a bunch of C-band satellites in orbit and many are spaced only 2 degrees apart.  They all use the same frequencies, so picking up signals from two at once would add up to useless noise.  The beamwidth of a dish is inversely proportional to its size and the frequency of the signal it is receiving.  That is, a larger dish at a given frequency has a narrower beamwidth.  A dish working at a higher frequency, like Ku-band, has a narrower beamwidth than the same dish receiving lower frequencies like C-band. In order to sufficiently eliminate strong digital signals from a satellite only two degrees away from the target satellite, at C-band, a dish needs to be at least 10 feet in diameter.  That is a bare minimum and program providers almost always specify 12 ft. dishes to get a little margin.

Of course having a dish that is big enough won't help if you don't get it perfectly shaped and aimed.  I have seen way too many warped dishes out there that could have done a wonderful job if only they had been properly assembled and aligned.  I have also seen way too many installers blame the dish, instead of their own workmanship, for a poor signal.  That is where we come in!  If you have an old dish that isn't giving you the signal it should, or if you would like a new dish that performs well from the start, then you should give us a call at 512-375-DISH(3474).  At the top of this page click on "Gallery" to see lots of pictures of work we have done for others.